CrossFit: A Global Fitness Movement Powered by Word of Mouth 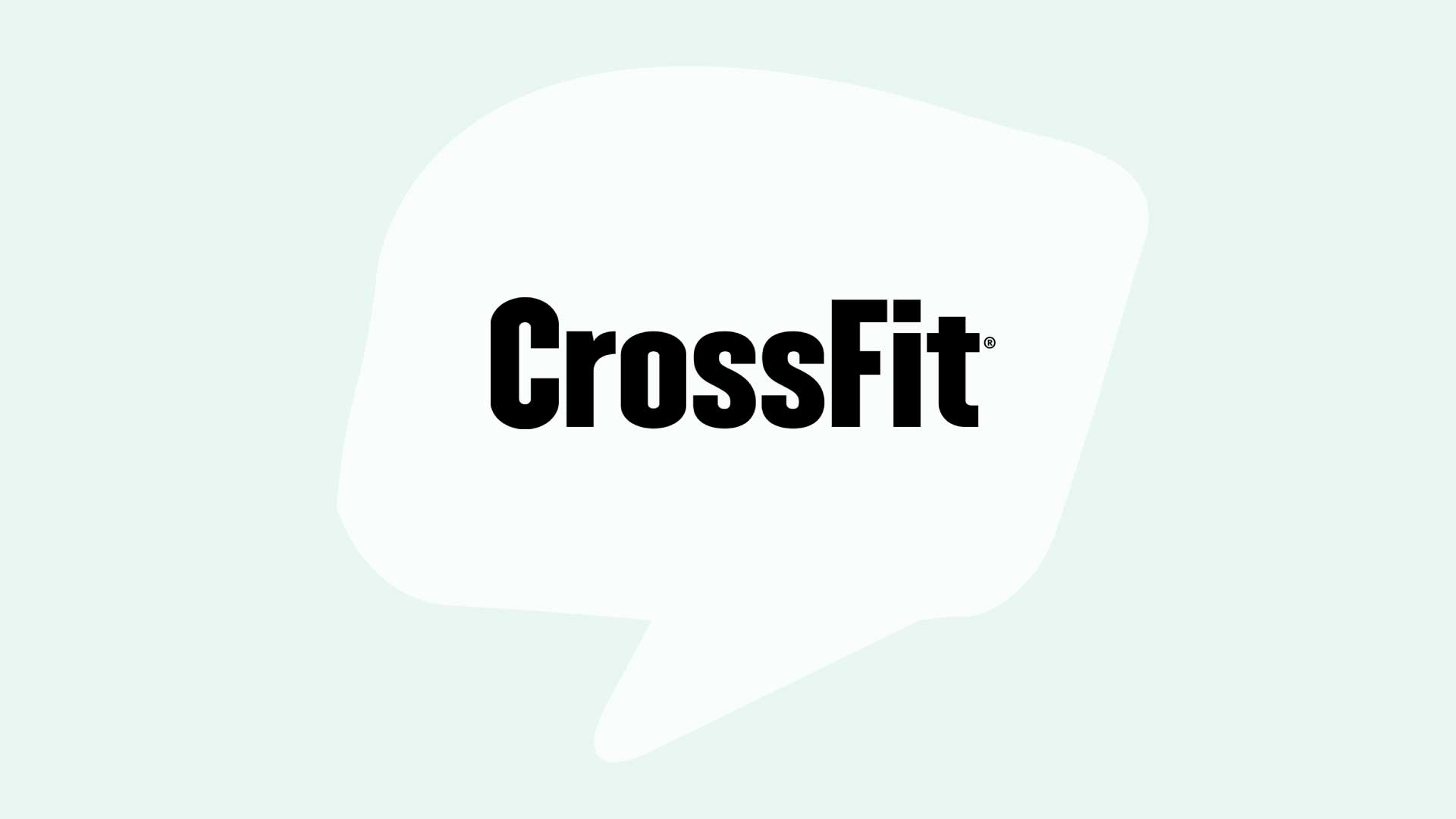 CrossFit is the largest fitness chain in the world. Often referred to as the most intense exercise regimen ever created. Participants often find value in their tight-knit community and amazing results.

What is CrossFit and what do they do?

CrossFit is a branded fitness regimen often characterized as a lifestyle, sport, or intense exercise routine. Unlike most traditional workouts that tend to isolate and focus on specific muscle groups. CrossFit cherry-picks the best exercises from a variety of sources like gymnastics, calisthenics, compound exercises, and Olympic weightlifting.

By focusing on functional movements, CrossFit allows individuals to become better adapted for daily life. The magic is in the movement. Workouts change from day to day and are modified to help each athlete achieve their goals.

The beautiful thing about CrossFit is that everyone is an athlete.

The variety of exercises makes sure that no two classes are ever the same. With the WOD (workout of the day) ever-changing it keeps things fresh and exciting, not only for your mind but your gains as well.

Unlike your local spin class. Where you’re just in a room with a group of people performing the same activity. Crossfit classes are focused around community, encouraging people to not only motivate but to support each other as they work towards their goals.

It’s this community aspect of suffering and succeeding together that makes CrossFit so addicting. The results are usually enough to speak for themselves, but people can’t help but give credit where credit is due if someone asks about their workout routine.

What people say about CrossFit

For most people who train, CrossFit is a lifestyle in which you are prioritizing your health. Plus it’s a fun way to get fit. It’s a team atmosphere that ends up making you better as an individual. It’s all about comradery, that family that you end up building and the energy that you get back from it yourself. It’s that little something extra that a lot of people needed but didn’t know they were looking for it, that keeps them coming back.

But over the year’s this group mentality to keep pushing yourself past the point of failure has received a lot of blowback from medical professionals. Of course, as with all sports or exercise, there’s always a possibility for injury.

However, some studies have found a link between CrossFit and exertional rhabdomyolysis. A condition in which broken-down muscle cells are released into the bloodstream, potentially causing kidney failure.

Admittedly these are rare cases, and for millions, CrossFit is a safe workout regimen.

How CrossFit got started

Technically, CrossFit, as we know it today, was founded by Greg Glassman and Lauren Jenai in Santa Cruz, California back in 2000. But its origin story can be traced back to the late 70s when Greg was just an aspiring gymnast.

Like most boys, especially athletes, Greg wanted to be stronger. He discovered by switching up his exercises and incorporating free weights. He could get stronger than other gymnasts he knew who was only training with their body weight. Greg didn’t just focus on one sport though and brought his competitiveness to every aspect of his life.

One day, after racing bikes with his friends. Greg realized that he could out tumble all of his bicycling friends and out lift any of his gymnast-only buddies. Pretty much, he could always find someone better than him at one thing, but not everything.

This realization prompted Greg to ask a serious question: “What price are we paying for certain expertise?”

Even today, that question still lies at the heart of CrossFit and defines the strategy it uses to achieve fitness. For CrossFit, the goal isn’t to attain specialized abilities and fitness that applies to one particular set of movements. The goal is general physical preparedness.

After graduating, Greg found a job as a personal trainer. Over the next 20 years, Greg would develop CrossFit workouts while bouncing from job to job, and in 1995, he opened his first gym. That same year, he was approached by the Santa Cruz Police Department and offered a job to train their officers. This was a perfect opportunity for him to test his new exercise routines in a group environment.

Initially, most of his work involved private training with individual clients. After picking up the SCPD contract, he began to get overbooked and started doubling up clients. He not only found he could make more money but that most people enjoyed the group mentality and would often invite their friends. He made sure to keep the class small, ensuring that he could give enough individual attention to each client for a safe and productive workout. Thus the CrossFit community was born.

Over the ensuing decade, primarily due to its popularity among police forces, on military bases in war zones, and in online communities, the CrossFit movement grew exponentially. In the aftermath of the two wars, its popularity on bases spread to the general public when veterans returned home and would talk about staying in shape.

How CrossFit grows through word of mouth with Product + Story

It’s true what they say. You always can tell who does CrossFit because they will tell you about it — leading some people to feel that it has a cultish vibe. But let’s be real; it’s just something they’re passionate about, and it often transforms their self-identity. So it’s understandable for them to want to share their own personal story of growth and fitness.

Attentional or not CrossFit’s format is a perfect breeding ground for word of mouth. With the WOD being updated daily at 8 pm, there’s always something new to talk about. Every workout is measurable and scalable, giving people a score for their overall performance for the day – the perfect product fo talking about… “Did you see the new workout?”.

At ever Box, you’ll find their members’ performance scores posted on the wall. By posting the scores, it drives healthy competition keeping athletes focused, and gives them a sense of achievement when they beat their personal best.

You’ll often hear people comparing their scores every week. Almost as if they were in a bowling league or something.

The ever-changing workout regimen keeps things fresh and interesting. While the scoring system allows individuals of every fitness level to feel the burn by creating class ranks to adjust goals and intensity for each group.

If you want to sign up for CrossFit you might be surprised that they only offer group classes. So if you like to workout with headphones in and alone, CrossFit might not be for you.

This is by design though, CrossFit found that people who work out together are often motivated to push each other, leading to better results. As they start making friends and loosen up a bit, people are often drawn to coming back to hang out with their new community. Making sticking to that New Year’s resolution that much easier.

As a result of its fresh and practical approach, CrossFit enjoyed rapid growth over the next decade. Giving traditional gyms worldwide, a run for their money.

CrossFit’s word of mouth is so effective because it’s organic, but that doesn’t mean you can’t get the conversation rolling around your own business. Take a lesson from CrossFit and try some of these approaches.

CrossFit word-of-mouth rating: 5/5 (From the rooftops)

A large part of their explosive growth can be a credit to their strategic partnership with Reebok and ESPN. Providing CrossFit with the resources and global stage needed to hold their first CrossFit Games in 2007. Which showcase the top athletes in the CrossFit community from around the world to crown the “fittest on earth.” Unlike most competitions where athletes know the events they will be competing in, CrossFit athletes have to be ready for anything.

They don’t even release the meets until the day before the heat so that athletes can’t train for specific events, so as you can imagine once athletes find out what the WOD is, it gets them talking.

Since the qualification rounds are open to all levels of athletes, many affiliates (Boxes) encourage member participation. In 2018, the number of worldwide participants was over 429,000.

With CrossFit generating over 100 million in monthly revenue and approaching its 20th anniversary, I think it’s safe to say that CrossFit is here to stay.