How “Hunt A Killer” Makes A Killing With Word Of Mouth 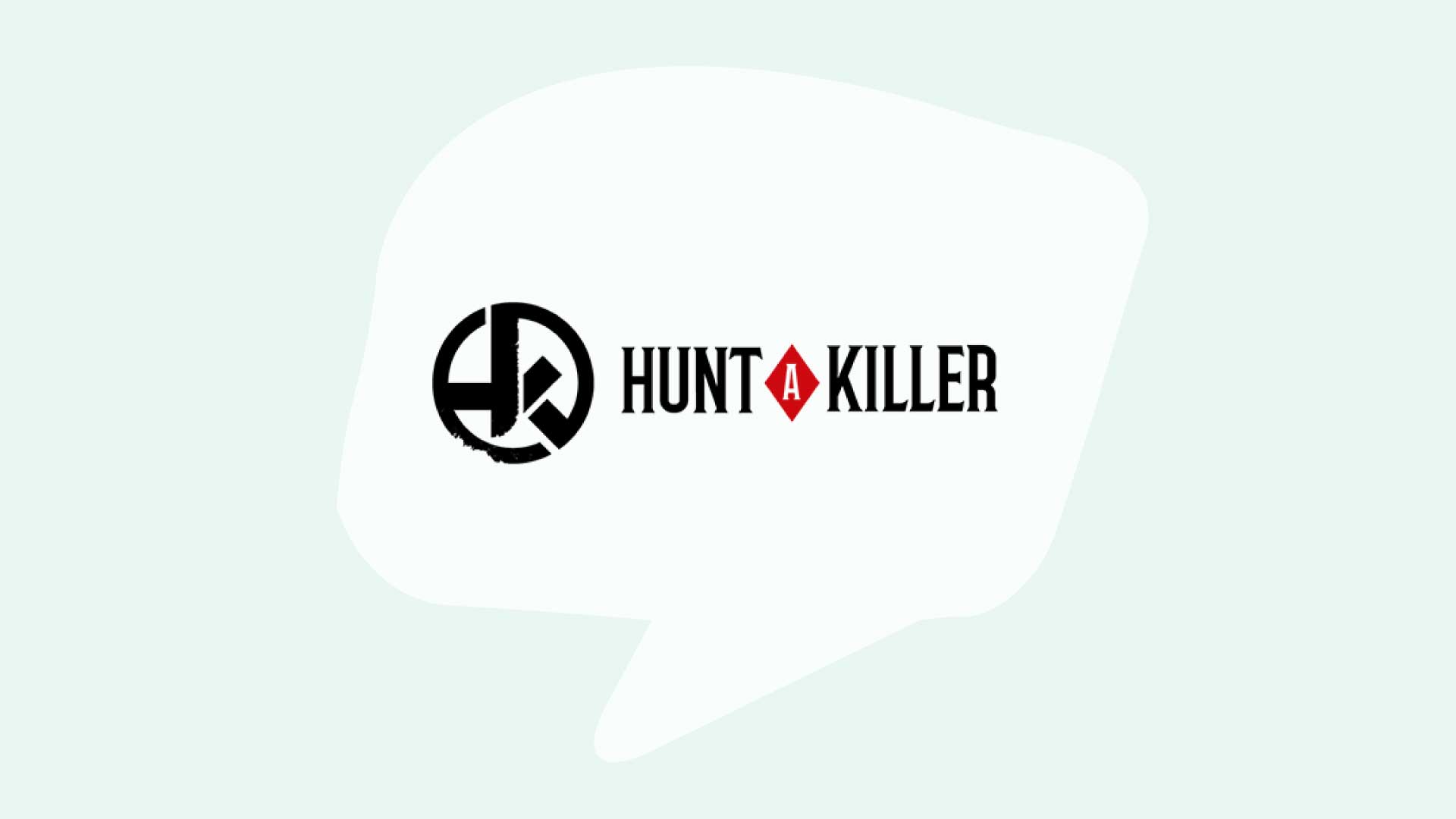 We are going to unravel the mystery behind a monthly box subscription game that is revolutionizing the entertainment industry. Allowing everyday people to live out their fantasy of becoming a homicide detective, assigned with solving a decade old (fictional) murder and helping to Hunt A Killer. This brand falls into the board/card game market. Keep reading to see how they drive word of mouth.

What is Hunt A Killer and what do they do?

What if a serial killer delivered a package to your doorstep each month?

When you apply for a Hunt A Killer subscription, you’ll receive a box (called an episode) every month that includes items related to the story and the mystery you’re trying to solve. Each storyline lasts six episodes with each episode building on the one before leading up to an exciting season finale.

Once you’ve completed a season, you’ll begin the next season the following month, so you never run out of murder mysteries. Think of it as an interactive true-crime tv series or subscription-based “Escape Room.”

What people say about Hunt A Killer

Naturally, this is a very niche product, geared towards true-crime and mystery enthusiasts. So they usually know what they are getting into, but there have been some mixups in the past.

Within the first month of launching Hunt A Killer, CEO Ryan Hogan received a message from the Harford County sheriff’s office about an elderly woman who became frightened after receiving one of the boxes. The police responded to her residence and took the box in for further investigation, only to find out that a relative sent the game as a gift.

However, for the most part, people see it as a great alternative to escape rooms, which are often more enjoyable in large groups. Hunt A Killer’s mystery box can be done individually, with friends, or with the aid of their growing online community. Either way, the boxes are pretty challenging.

Rothermal, 47, said “It tests your mental capabilities in a different way. It’s not just a clean, solve this puzzle. You have to really think and spend some time on it.”

How Hunt A Killer got started

Founded in early 2016, Hunt A Killer started as an annual immersive thriller event at Camp Ramblewood, MD. Participants would work in teams to solve a weekend-long murder mystery. Although the event saw some initial success, co-founders Ryan Hogan and Derrick Smith knew some people couldn’t make the event.

So Ryan and Derrick started brainstorming other ways to reach customers. They took notice of the growing popularity in subscription boxes and saw an opportunity to make their dream a reality. By delivering products and experiences directly to their customers.

In October 2016, the small team pivoted their business model to deliver captivating, immersive mystery games right to their customer’s doorstep through objects, letters, and clues from a fictional serial killer; hence, the Hunt A Killer membership was born.

Starting over wasn’t easy. During the first few months, Derrick would pack all of the packages himself and ship them out from his basement. Realizing that they might be onto something huge. The team thought out a plot line and enlisted Towson University graduate student Adam Mueller, as the senior writer for the mystery boxes. Adam wasted no time getting started, researching unsolved murders and serial killers heavily, while relying on a bit of character acting to bring the stories to life.

How Hunt A Killer grows through word of mouth with Story

Hunt A Killer’s mission is to revolutionize the entertainment industry by challenging conventional forms of storytelling. While providing interactive entertainment experiences that position participants as characters in their very own thrilling murder mystery.

Adam the mastermind behind most of these elaborate mysteries, went on to say “I try to make sure we don’t repeat anything we’ve done before. There are themes that pop up time and time again… It forces us to think outside of the box.”

This attention to detail doesn’t end at the box of clues and a killer storyline. Hunt A Killer is designed with a ton of internet-age quirks. Several companion sites have been set up and scripted by their growing team of writers.

Many sites contain their own vital clues – the Listening Friends of America, for example, has its very own realistic-enough website, complete with quarterly newsletters and a registry of additional files. Other clues, such as snippets of real news articles, require you to find the official version online and dig for clues.

This has fueled numerous online communities devoted to the Hunt a Killer case, some administered by the spoiler-protecting Hunt A Killer team and others organized just by advocates.

Overall they receive a 3/5 in our word of mouth scale, which equates to “You would tell someone about this business, but only if they directly asked for a recommendation.”

I’ll just say it: reenacting a crime, or even just its grisly aftermath, is a weird thing to want to do. People often hide their fascination with true-crime or murder mysteries because the masses still view it as taboo. But with the rise of Investigation Discovery and varies true-crime podcasts such The Last Podcast On The Left. People are becoming more open to the idea of discussing their morbid side out in public. For that very reason, they receive a 3/5 on the word of mouth scale.

Over the last two and half years, the Hunt A Killer community has exploded fulfilling over 500,000 episodes and growing their official Facebook group to over 86,000 members. All with the goal of helping to catch a killer.

Ryan and Derrick, soon realized after the success of Hunt A Killer, that their new form of interactive storytelling didn’t have to end with murder. Last year the team released a paranormal spin-off, Empty Faces. Which has already sent over 230,000 episodes to their community of ghost hunters.

While the product is a story in itself, the real word of mouth driver is the story of trying to solve the mystery. After all, even the best detective need some help from time to time.