In-N-Out is a west coast staple and the self-proclaimed inventor of the drive-thru. But that’s not what got people talking. Find out how a secret helped spread the word. 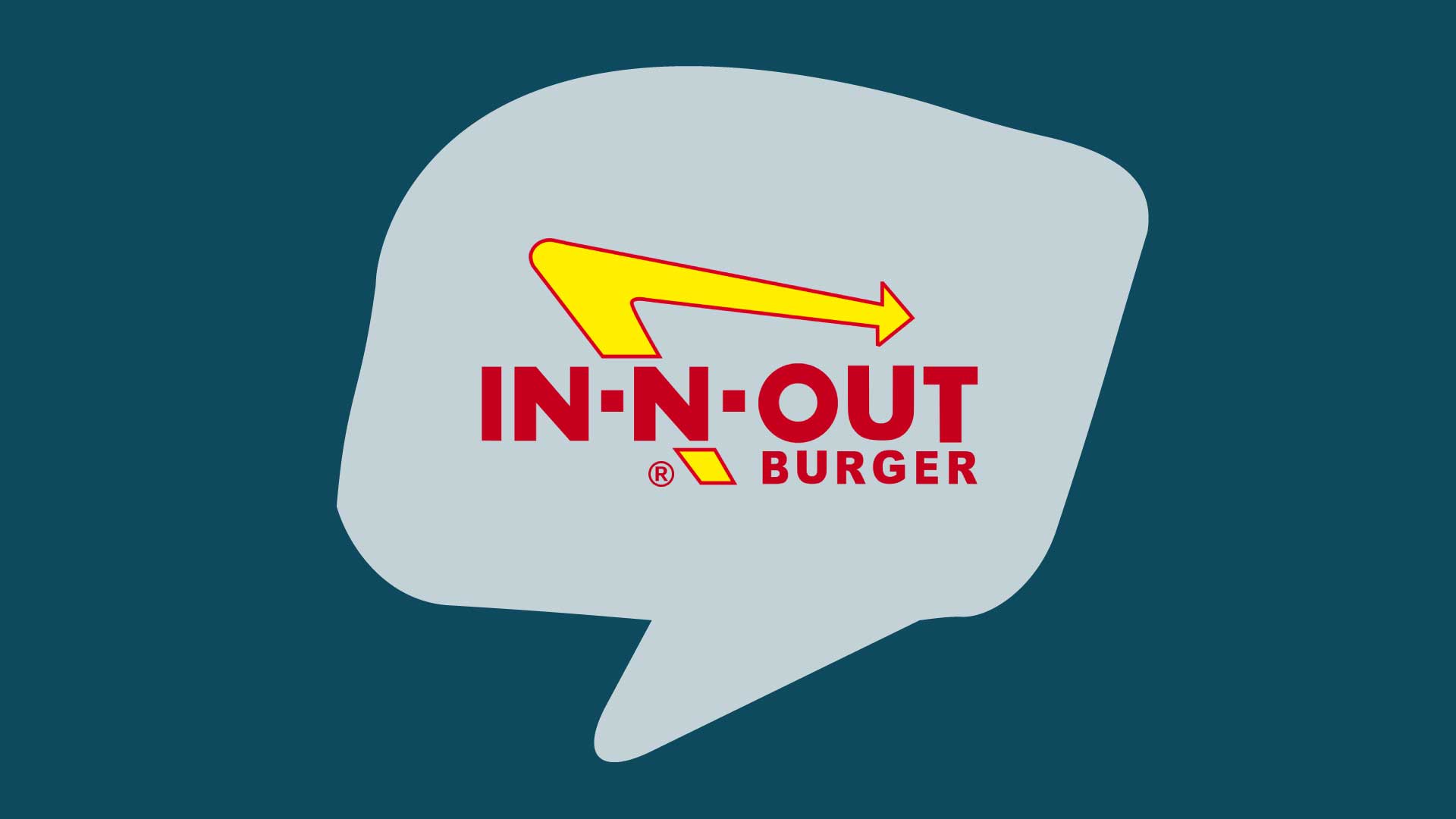 Can a secret really drive word of mouth? In-N-Out Burger is unlike any other fast food chain. In today’s fast-paced world, it seems that you can order just about anything off of a fast food menu from snack wraps, chicken tenders, breakfast burritos, and even caramel lattes. In-N-Out is in the foodservice market and started because someone wanted simple but delicious.  Keep reading to find out how they drive word of mouth through story and product.

What is In-N-Out Burger and what do they do?

At In-N-Out, they believe in the K.I.S.S methodology, (keep it simple stupid). If it’s your first time visiting an In-N-Out you might be shocked at how simple and short their menu truly is. With three combo meals and four individual items to choose from you might be left wondering, where’s my options? I know I was, but more on that later.

They have a secret (not so) Secret Menu.

What people say about In-N-Out Burger

It’s all about the quality, the friendliness, and the cleanliness. No matter the location, you’ll always receive the same fresh cooked-to-order burger and hand cut fries. Unlike most fast food chains In-N-Out hasn’t changed much over the past seven decades. Their dedication to keeping things simple and fresh has built a cult-like following around the west coast.

For example, when the chain opened a new location in Arizona, there was a four-hour wait even to place your order.

In-N-Out has even garnered the respect of some of the world’s most talented chefs and food critics. Such as Gordon Ramsay’s glowing review.

“People think Americans are obese and that burgers are bad for them – they’re delicious. In-N-Out burgers were extraordinary. I was so bad. I dined in the restaurant, had my double cheeseburger then minutes later I drove back around and got the same thing again to take away.”

Gordon Ramsay wasn’t the only one to fall prey to their savory goodness. The late great Anthony Bourdain even named it his favorite Los Angeles restaurant.

How In-N-Out Burger got started

In 1948 Baldwin Park, California was a small agricultural outpost roughly 16 miles from east downtown LA. Like many towns that pepper the US, there is always one distinct point in time that gave rise to a bustling city. For Baldwin Park, it was when Harry and Esther Snyder decided to open up their first restaurant.

Fresh out of serving in WWII and with a knack for business, Harry found himself working in the kitchen at a catering company dreaming of the day when he could make his great escape. It was at that moment he met his soon to be wife Esther, who was managing the Seattle, Washington based catering service.

Feeling a bit homesick, Harry asked Esther to marry him and convinced her to move back to his home town of Baldwin Park. In 1948 they leased a small building across the street from Harry’s childhood home and took a shot at their first restaurant.

Yup, you guessed it! It was the very first In-N-Out, and it was drastically different from other fast food chains popping up at the time. While other fast food joints such as McDonald’s and Carl’s Jr., were focused on cutting costs, the Snyders, buckled down on quality working day and night side by side operating the counter and tending the grill. While their passion for only using the freshest ingredients built a strong local fan base, they had another trick up their sleeve to help spread the word.

Back in the late 1940s, the car culture was booming, and the allure of driving down Route 1 littered with palm trees was almost irresistible. The Snyders took this opportunity to promote their revolutionary idea, the drive-thru. Admittedly not the first, but a strong second In-N-Out featured a two-way intercom connected directly to their kitchen and a pickup window for faster service.

This hallmark moment solidified In-N-Out in California history, as the first drive-thru in the state. The attention from the drive-thru alone gave the couple the resources to open three more locations over the next five years. Fearing expanding too quickly could hurt the quality of the food and customer service the Snyder’s decided to take it slow, turning down countless offers to franchise their business. Keeping a watchful eye on every location, making sure the quality and service was on par with their very first location.

Over the years, while their competitors were busy cooking up new menu ideas, the Snyders were becoming the most innovative players in the game, by sticking to the classics and doing them better than anybody else. And man can you taste it.

Every In-N-Out is located within a day’s drive from one of the chain’s three distribution centers, eliminating the need for a microwave or freezer in their kitchen. But it’s not just the meat. The lettuce, tomatoes, and cheese are all fresh too. Even the fries are cut by hand daily, where most fast food chain’s fries come straight out of a frozen bag.

It’s this dedication to keeping things old fashion, that ensures quilty you can taste from the first bite of your burger down to your last fry.

It seems to be pretty standard practice nowadays for fast food chains to come out with a new menu item every mouth. Adding to their already overwhelming list of options. However, In-N-Out has kept their options shrouded in mystery, for fear of over complicating the menu and jeopardizing quality. Limiting their more personalized items to word of mouth purely.

I’ll admit, my first time at In-N-Out was a little awkward. I’ve never ordered something before that wasn’t on the menu, and I had to rely on my friend from San Deigo to explain what the different options were on the Secret Menu. But after it was all said and done, it felt pretty cool, almost like I was part of the club or eating lunch with the cool kids.

Among the items on their elusive Secret Menu are ‘Animal Style’ burgers and fries, which are cooked with mustard and topped with grilled onions, cheese, and extra sauce of course. If you never grilled your burger with mustard on one side, I highly recommend it. You got your 4×4 burger, which is four meat patties, paired with four slices of cheese, and my personal favorite the Neapolitan milkshake.

For many, an old-fashion, mouth-watering hamburger is as good a reason to flock to In-N-Out, but the Secret Menu is what gets people talking. There’s just something about the word “secret” that drives people to learn more.

In-N-Out has a lot of little secrets sprinkled throughout their marketing from small bible verses printed on their wrappers to crossed palm trees placed in front of many storefronts (kind of like an X on a treasure map). But the truth is they never keep a secret from their customers.

While other companies were striving to expand as quickly as possible, In-N-Out focused on maintaining superior food and customer service.

All though they have been a purely western fast food chain for many years, they do plan on expanding nationwide, slowly. To date, the beloved fast-food chain has opened over 342 locations, spanning across six states with estimated annual sales of over 600 million – all while remaining family-owned and operated.