How Slack Turbo-Charged Their Launch Through Word of Mouth

Learn how a failed video game gave rise to one of the world's leading SaaS companies, with one of the most explosive launches ever. Growing their user base from 0 to 8,000 in 24 hours alone. All thanks to a little word of mouth. 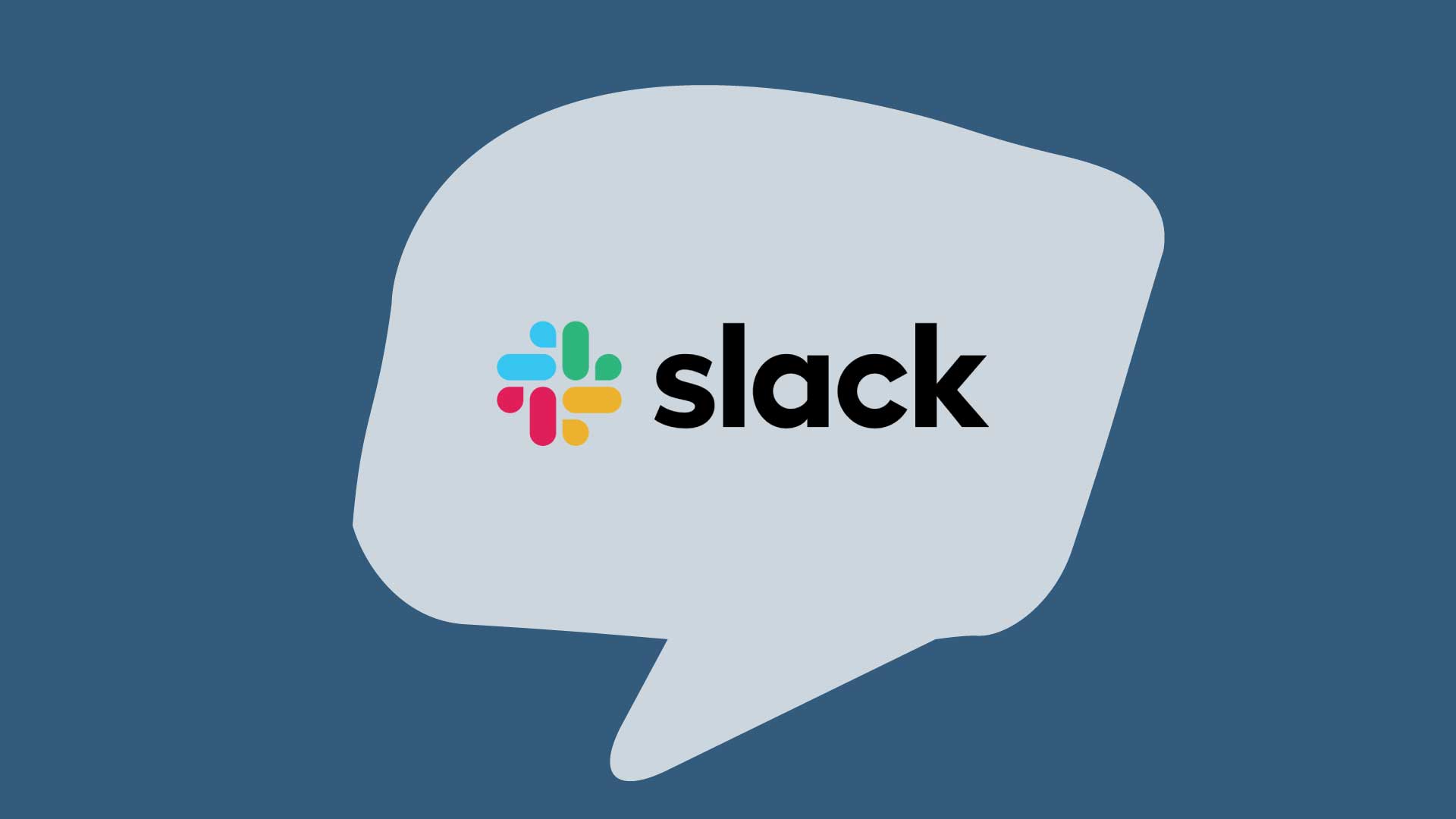 While Slack was certainly not the first office chat app, they were the first to create their own market. When they polled potential clients and asked what they used for internal communication, 70 to 80% said, “Nothing.” This, coupled with a simple but powerful product and an effective PR strategy, lead to their unbelievable growth.

What is Slack and what do they do?

Slack is a workplace communication hub where you and your team can work together to get things done. It’s kind of like an instant messaging system with lots of integrations to help your team be less busy.

The main functionality of Slack is all about connecting with others. Similar to instant messaging platforms from back in the day. Slack has two methods of chat, channels (group chat), and direct messages or DMs (one-to-one chat).

Imagine all your team’s communication in one place. Messages that would have usually been emails can just be dropped into a quick message in a channel. Keeping the whole team informed without needing to CC everyone on an endless thread of emails.

Slack’s goal is to help teams cut down on unnecessary inbox clutter and better communicate in real-time.

I’ll admit they don’t sound like anything mind-blowing when it comes to features: no fancy machine learning or Ai. Just a reliable platform for storing your team’s communication and files.

I couldn’t imagine my life without Slack though, and I’ve been a happier customer since 2014.

Let’s be honest. Internal emails can get messy and are a pain to clean up.

What people say about Slack

How many companies do you know that have a wall of love?

If you’ve never heard the term before, it might be because Slack coined it. Take one look at their Twitter page, and you’ll see why.

However, it might surprise you that most of the tweets screaming, “I love Slack!” started off as problems. Slack prides itself on its customer success and feedback.

That’s not to say that Slack is for everyone, though, but if you voice your concerns, they will do everything in their power to change your mind.

They keep a close eye on Twitter, scanning all comments good and bad. Averaging over 10,000 tweets per month, and they respond to them all.

How Slack got started

Stewart Butterfield, founder, and CEO of Slack was born in Lund, British Columbia. Spending the first three years of his life in a log cabin without running water, living in a commune in remote Canada. When he was five, his family moved to Victoria, where he would spend the rest of his childhood.

As a child, Butterfield started to teach himself how to code at an early age and would later use this skill to make money as a web designer while attending St. Michaels University School. His time at college coincided with the birth of the World Wide Web, graduating with a B.A. in philosophy in 1996.

In 2000, Butterfield joined forces with a friend to build his first startup called Gradfinder.com. Which was acquired within a year of launching. He would spend the next year as a freelance web designer, riding on his previous exit.

In 2002, Butterfield co-founded Ludicorp with Caterina Fake (then wife) and Jason Classon. Ludicorp’s first project was a massive multiplayer online role-playing game called Game Neverending. The game didn’t even make it launch, but the company then started a photo-sharing website from the scrapes called Flickr, which was acquired by Yahoo back in March of 2005. Butterfield continued to work as the GM of Flickr until he left Yahoo in July of 2008 to start his next venture.

Sadly, Glitch was later closed due to its failure to attract a sufficiently large audience. The game announced it would be shutting down for good on December 9, 2012.

Shutting down Glitch was brutal, Butterfield says. He could barely tell his employees that the game was coming to an end without getting upset. Tiny Speck had money left over from their VC investment, and paying it back didn’t make much economic sense. Instead, Butterfield and his skeleton crew of Tiny Speck let about 30 employees go, and spent a month finding every exiting employee a job.

Tiny Speck was a bunch of old-school web folk. During the development of Glitch, they used IRC to communicate. Eventually, though, IRC wasn’t enough. But instead of choosing some third-party messaging software to improve productivity, Tiny Speck built their own. Then they added some features. And then added some more features. So when Tiny Speck pulled the plug on Glitch, they had a customized, supercharged team communication hub: Slack.

Their new communication platform worked so well that after going full-time on Slack in January 2013, they ditched their beloved IRC and integrated all their communication through Slack by March.

By June 2013, they were inviting friends in other organizations to try Slack. Butterfield used his connections from Flickr and got roughly 8,000 people to sign up on the first day. Within two weeks, that number had doubled.

Positive testimonials from companies, including BuzzFeed, littered Slack’s website after only a few weeks of launching. Now they have offices and customers all over the world!

How Slack grows through word of mouth with Product

Through sheer word of mouth, Slack gained 16,000 users in two weeks. Which is insane, but isn’t surprising given the nature of the app and a friendly UI.

Slack’s onboarding process works like this: You must enter your email address, and you’ll receive an email to create an account. From there, you’ll complete a short form and hit submit to start your team. Of course, for Slack to work, you’ll need to invite or refer other users and start using the software. Slack makes this super convenient by allowing you to type the invitees’ email addresses, and they’ll handle the rest. Ideally, you would want to set up some integrations with other apps like MailChimp, Dropbox, or Asana to get the most out of Slack.

Basically, as soon as the product hit the market, it went viral. They used this momentum to launch a well-timed PR push. After testing out their product-market fit, Slack figured out their best way to attract new users would be with one giant swoop.

Here are some assets Slack put together before their PR push:

Slack came up with a catchy hook to attract new users “the email killer” and used multiple PR firms to spread the word. PR agencies are usually pretty pricey, but if your company had a successful beta and the capital. It’s a great way to maximize your exposure in a short time.

You can do this by reaching out to reporters manually or using a tool like Haro. Give yourself plenty of time before your launch to start building relationships with these reports. It will pay off when you launch.

This massive PR push helped them build a ton of social credit. Major publishers such as TechCrunch, Verge, and VentureBeat published articles with the headline hook “the email killer.” Bringing in thousands of new unique traffic, while there Wall of Love built trust through their peers.

Anyone can build a wall of love, and if your company runs off of social proof, it’s worth giving it a shot. Whenever someone tweets or retweets, it shows up on Slack’s Twitter Wall of Love. It’s basically a repository of all the positive tweets where Slack was mentioned. It’s a separate account from their main Twitter account, created with the sole purpose of driving social proof.

While I can’t guarantee the same legendary results, focusing on finding what platform your audience is on and connecting with them is key. Keep in mind, Slacks explosive results were from most of their audience being companies in Silicon Valley, which were in love with Twitter at the time.

Slack word-of-mouth rating: 5/5 (From the rooftops)

Slack receives a 5/5 because when one team starts using Slack at a company, it’s almost guaranteed to spread through the office like wildfire.

What we can learn from Slack is that it’s all about making sure your product evolves together with the market. By focusing on your customers’ needs and suggestions to build a product around their pain points.

Slack secured its spot in Silicon Valley’s hall of fame as one of the fastest-growing SaaS companies ever. Going from zero to a seven billion-dollar valuation in under five years.

Slack went public in February of 2014, and their growth hasn’t slowed since. Their achievements include:

It’s crazy to think that they even reached a billion-dollar valuation without having a CMO or sales rep. It wasn’t until eight months after their launch that they brought on Bill Macaitis as their first chief marketing officer.

While I don’t think they will ever be the “email killer” they claimed to be, they have done a fantastic job of making internal communication fun and productive. If you haven’t used Slack before, I highly recommend it.