How Superhuman Uses Exclusivity To Drive Word Of Mouth

Superhuman is a new email service claiming to have built “the fastest email experience ever made.” Many companies have tried, but few have succeeded. 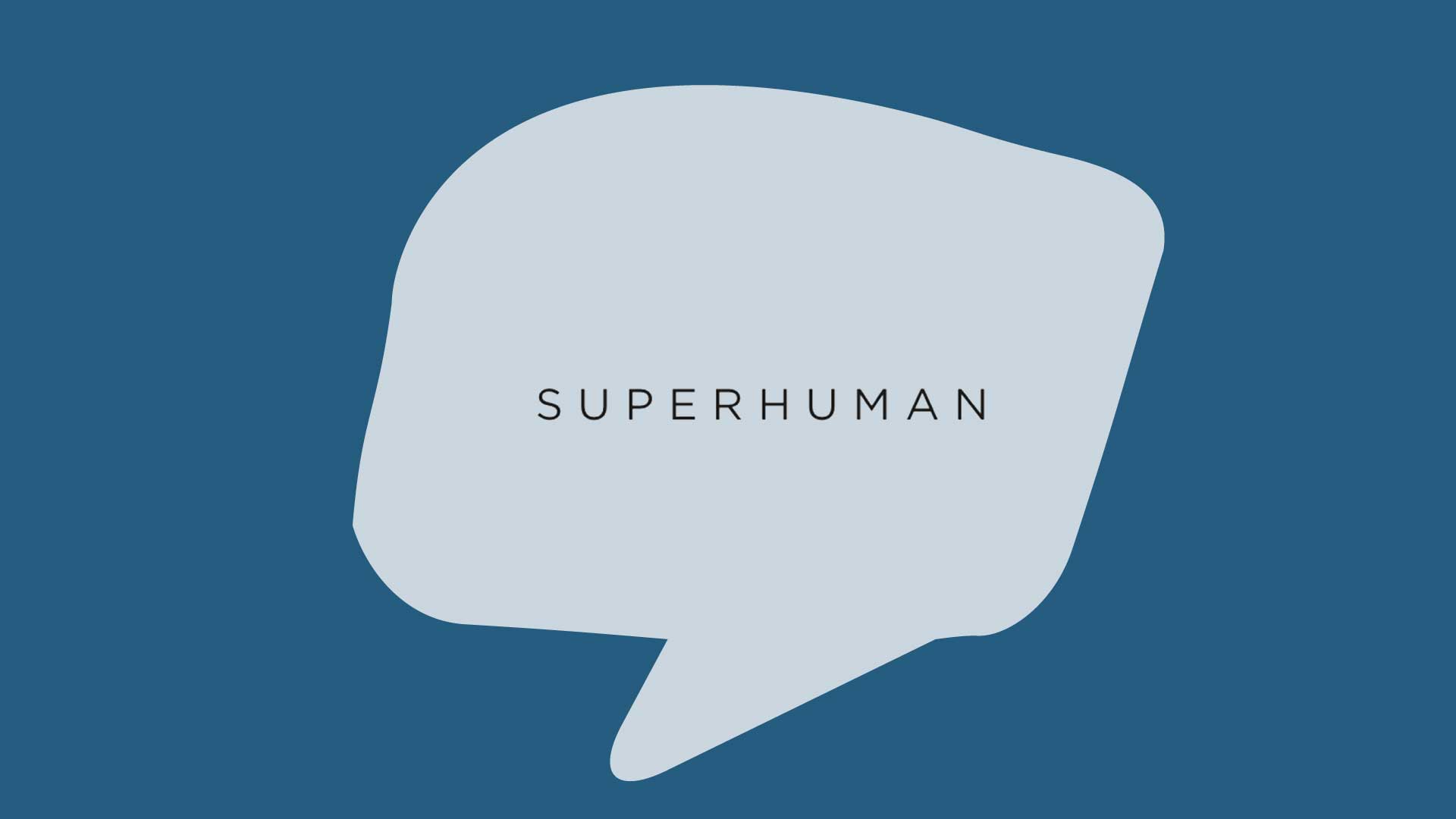 Superhuman, is a Silicon Valley startup claiming to have built the ultimate email experience. It has attracted a cult-like following among early adopters, whose lives it promises to change forever. Saving them countless hours and revolutionizing the way they communicate.  Learn how Superhuman uses exclusivity and “product” to drive word of mouth.

What is Superhuman and what do they do?

When a friend told me about Superhuman, I’ll admit I was a bit skeptical. I mean come on could a new email app really be “the future of work”?

For years, email has felt stuck in the past, with not much changing since Gmail launched its free service back in 2004. Workplace chat apps like Slack raised millions from large corporations as “email killers,” and messaging apps replaced email as many millennial’s primary inboxes.

But with over 300 billion emails sent and received every day. It’s clear to see that email isn’t going anywhere, anytime soon.

From an outsider’s perspective, it’s hard to tell if Superhuman’s growing popularity is due to actual usefulness, hype, or simply a need for something. I mean anything that could make email just a little less painful.

In an effort to solve this Superhuman rebuilt the inbox from the ground up to make you more efficient at what you do. A core tenet of Superhuman’s reinvented inbox is one designed for speed. Everything that happens – searching, sending, filtering, etc. – all takes place in 100ms.

Which is the threshold where interactions feel instantaneous, according to Paul Buchheit. (Who’s the creator of Gmail)

Superhuman lives up to its claims with a gorgeous simplistic design and blazing-fast interface. Boasting a full suite of advanced features, such as:

It even works when you’re offline. Search, reply, archive – all without network access. So there’s no need to set that away message — all for just $30 a month.

What people say about Superhuman

Alright, so let’s address the elephant in the room. Would you pay $30 a month for your email?

Depending on your profession you might, and Superhuman is counting on it. Their service is designed around helping people that spend hours in their email every day to find areas to cut down on friction.

With their intense screening process, Superhuman is able to handpick their idle candidates. So as you can imagine, most of their reviews have been positive. Besides one thing, price.

In beta tests, the team found that people who typically spent 3 hours per day in their inbox where cutting through it twice as fast.

From what I’ve seen, Superhuman’s biggest obstacle might be that most people aren’t power-emailers. For the average person, a super-premium email service would be worth the cost only if it automatically read and wrote messages for you.

But for VC’s and VIP’s at major corporations Superhuman has lived up to the hype and they couldn’t imagine life without it.

How Superhuman got started

Superhuman was founded by Rahual Vohra, shortly after his first company Rapportive’s was acquired by LinkedIn.

Rapportive was a trendy Gmail add-on. That would put people’s social network credentials, professional titles and other vital information in your Gmail’s sidebar. Allowing you to connect with them beyond your inbox quickly.

Vohra worked a couple of years at LinkedIn, knowing the whole time that Superhuman would be his next project. He would often find himself asking friends, “What would Gmail look like if it was built today, not twelve years ago.”

And the answer was simple. It would be blazing fast, it would work offline, and the whole thing would be visually gorgeous.

Vohra felt intense pressure to launch, from the team. After all his previous startup, Rapportive had launched, scaled, and been acquired by LinkedIn in less time. Yet here they are, two years in, and had not passed go.

The main reason being that Vohra couldn’t figure out their product-market fit, and felt that it would be too risky just to launch it and see what sticks.

So Vohra reached out to his small network of around 200 beta users and asked them to take a short survey.

One of their beta users was David Ulvitch, an influential VC and partner at Andressen Horowitz. Vohra quickly realized that he was looking for power users just like Ulvitch and began the process of setting up a referral program. In reality, it was more of a glorified link in the signature of the email, but when people saw “sent by Superhuman” it got people talking.

To avoid the pitfall of launching too early without a well-defined market, Vohra took a unique approach and offered Superhuman as a paid beta. After all for their target market, $30 a month was nothing, and they had a fall back if anything wasn’t up to par.

Let’s be honest. We all give beta products a break.

After identifying their product-market fit, the team went to work on messaging, positioning Superhuman as an exclusive service reserved only for VIPs. Designing a rigorous screening process to make sure that all beta users were indeed power-emailers and decision-makers.

How Superhuman grows through word of mouth with Product + Value + Service

Superhuman is solving a DEEP pain point, that many are familiar with and passionate about. That alone means Superhuman is providing value to its target customers. Think of it like this, for $30 a month people can save time – which is important for those who spend a TON of time in their email. This product and service are giving those individuals superpowers and that makes them want to tell everyone. Plus, the invite/exclusivity of it all makes the user feel that much more empowered and special, it acts as a ‘status’ almost.

There’s very little need for a marketing budget when every VC’s email signature is spreading the word about your luxury email app.

Currently, Superhuman only has around 15k on-boarded subscribers but boasts a waiting list of over a 180k people eagerly waiting to pay for their product. Instead of offering a discount like most startups trying to acquire earlier adopters. Superhuman developed a strenuous onboarding process to select the best use cases and create exclusivity to help prove their product-market fit.

Superhuman’s key strength is speed. Its other advantage is that it feels like an exclusive club. It’s a luxury app icon to have on your phone. You won’t find the Superhuman app in the App Store. You have to be approved for the service by their developers in iOS’s TestFlight.

To ensure that they only question the best candidates, Superhuman created a referral program for current users, where invitees can jump the waiting list if referred by an existing user.

Think of it kind of as VIP treatment, and your slipping past the rope at a busy night club.

Even if you cut the line, all potential users are subject to the same 4 step onboarding process. Where users can be denied access if they don’t meet the right qualifications.

Once you’re finally on board, most users feel like they are getting a product custom-built for them. While you might be thinking this process sounds like a nightmare. It’s gotten a lot of press, with a lot of entrepreneurs wondering how they could repeat the process.

In reality, every company can take a page from Superhuman’s playbook. It’s all about creating scarcity. The more unattainable or limited something is, the more valuable it is. This intangible value sparks a sense of curiosity and urgency with a person and makes them want to know what exactly it is that they are missing out on.

You don’t have to be making millions or be a luxury product/service to incorporate exclusivity into your marketing. Try to think about how you can use some of these tactics in your upcoming offers:

Superhuman word-of-mouth rating: 5/5 (From the rooftops)

Overall they receive a 5/5 in our word of mouth scale, which equates to “You’d tell everyone about this, even if that means screaming from the rooftops”.

Let’s be honest even if we all live in our emails, this doesn’t mean we like talking about it that much. More times than not, people are asking for a referral. With no real incentive for existing users, the referral process has been flipped with non-users seeking out recommendations.

This is by design though, with Superhuman still flying in stealth mode it wants to control its growth and prove its hypothesis before launching their product to the public.

But this hasn’t stopped the Silicon Valley startup from raising some significant capital. Back in May, Superhuman closed a $33 million Series B led by Andreessen Horowitz, raising at a $260 million valuation – with only 15,000 paying subscribers.

But with this raise hopefully, we are one step closer to a public launch.