How Zoom Grew Through Traditional Advertising and Word of Mouth

Learn how a 10-hour train ride to visit a loved one turned into a multi-billion dollar business. By using traditional marketing to help spread word of mouth. 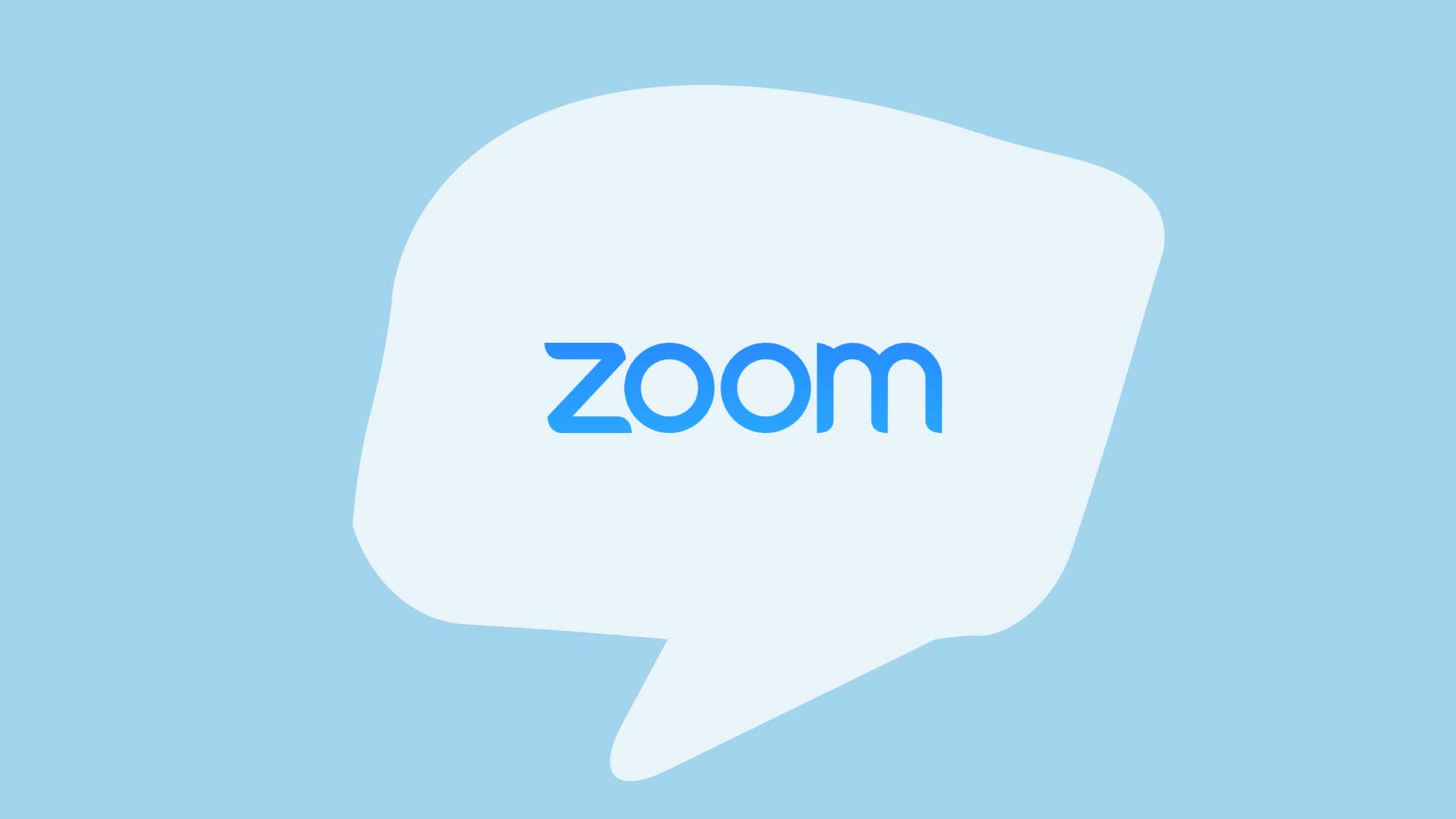 The video conferencing market is booming and is projected to grow from $8.5 billion in 2017 to over $11 billion by 2023. Zoom is dominating the market by putting their customers first, and building a product around their needs. Join us as we discuss how Zoom kicked it old school and used traditional marketing to stir up word of mouth.

What is Zoom and what do they do?

Zoom is one of the world’s most successful video conferencing tools, and profitable SaaS companies, period. Providing users with a reliable cloud-based platform for video and audio conferencing, chat, collaboration, and webinars across all types of devices.

Whether you’re a freelancer who needs the occasional face time with a client or a remote team of 60 people who meet daily, Zoom has you covered.

What people say about Zoom

While I was researching reviews, one thing became clear. People absolutely love Zoom’s platform, with just about every review referring to its ease of use. This isn’t surprising, though, with the video conferencing company priding itself on its product and development.

The one major recurring con I saw was in regards to their freemium plan (Zoom Basic), which limits a group of three or more to a 40-minute call. However, you can end and restart the meeting if you need some extra time and don’t feel like paying the subscription.

However, Zoom averages over 1 million meeting participants a day, and with CSAT score of 97 and NPS score of 73, Zoom’s focus on customer happiness is really paying off.

How Zoom got started

Eric Yuan is the son of two mining engineers and grew up in China’s Shandong Province. Fascinated with technology at a young age, Yuan attended the Shandong University of Science and Technology. Earning both bachelor’s and master’s degrees in computer science and applied mathematics.

In fact, Yuan first envisioned Zoom when he was a freshman in college and would regularly take a ten-hour train ride to visit his girlfriend. He hated those rides and used to imagine other ways he could visit his girlfriend without traveling — those daydreams eventually became the basis for Zoom.

Yuan moved to the United States in 1997, chasing the American dream during the dotcom boom. The internet hadn’t taken off yet in China, and Yuan could tell the market was heating up in the states. He applied for his US visa and was denied eight times, so he kept at it and was finally accepted after his ninth try.

He arrived in Silicon Valley in the spring of 1997 and joined WebEx as their Lead Engineer. At the time, WebEx was a real-time collaboration tool, with only about ten employees. The company grew very quickly after Yaun joined the team and went public a few years after his arrival.

Cisco acquired WebEx for $3.2 billion in 2007, appointing Yuan as their Corporate VP of Engineering, in charge of their collaboration software.

Things started off great at Cisco after all Yuan was paid very well as a VP. But WebEx was his baby, and by 2011 under new management, Yaun could tell something was wrong.

He would often meet with customers, and in his conversations with them learned they weren’t happy with the current collaboration solutions out there, including WebEx. Yuan recalled that he didn’t see any satisfied customers for about a year. He was even embarrassed that he spent so much time on this technology, and there weren’t any ravening fans.

He tried talking to Cisco’s management about fixing some of the problems from his customer research, but they wouldn’t change their collaboration strategy. He firmly believed he could develop a better platform that would make customers happy.

So in June of 2011, he decided it was time to make his own video communication tool, Zoom.

Over 40 engineers left Cisco to join Yaun on his new venture. From the get-go, Zoom had a dream team of engineers with over 1,000 years of video collaboration experience between them.

How Zoom grows through word of mouth with Product

When Yuan first decided to start his own video conferencing company, everyone thought he was crazy. The main reason being that the market was so crowded with several well-established players, like Microsoft, Adobe, Citrix, and Polycom. There were even new startups popping up left and right like Highfive and Appear.

But Yuan’s solution was simple. He would build the best product on the market. Using all the knowledge he gained from customer research back at Cisco.

Zoom’s primary focus since day one has been on customer happiness. Their team routinely gathers and acts on customer feedback to build a platform that directly addresses user’s pain points.

But it’s not only a fantastic product that gives Zoom a competitive edge. It’s how they offer their products.

Zoom’s video conferencing features are free up to 40 minutes. Giving everyone the chance to fall in love with their product and upgrade if they need more features. Their freemium model, coupled with word-of-mouth, is what has been powering their customer acquisition channels for years.

Yuan explained, without a freemium product, he thinks you are going to lose the opportunity to let as many users as possible, test your product. At least when it comes to SaaS.

When it comes to Zoom’s growth strategy, it has been to let their product do most of the talking. So in terms of marketing, Zoom hasn’t been focused on chasing down new prospects. Instead, they’ve been focusing on brand awareness and getting their name in front of as many people as possible.

But instead of fighting for users’ attention online, in a crowded and expensive marketplace. Zoom got creative and used traditional advertising to build their brand awareness.

For example, back in 2014, Zoom paid $50,000 for a billboard leading into downtown San Francisco. Shortly after, Yuan started getting messages from people, telling him that they saw his billboard, and their office is now testing it out. It worked so well, Zoom bought three more in San Francisco and started expanding its strategy to other major cities.

In 2016, Zoom partnered with the Golden State Warriors, signing a three-year contract.

The deal was that the Warriors could use their technology for free, and in return, Zoom would receive prominent branding during home games. For example, on the scoreboards, kiosks, and digital signs courtside.

In an interview with CNBC, Yuan said that this type of brand exposure actually speeds up the sales cycle. By giving people who were already curious about Zoom an extra boost of confidence.

The key takeaway from Zoom’s explosive growth is that just because you run an online business, doesn’t mean you have to promote solely online.

In fact, your print ads will probably stand out more and be more memorable compared to someone scrolling through their news feed or checking their inbox.

Most people’s email inbox is full of spam and junk mail, while their actual mailbox usually is empty. Let’s be honest. Most of us are excited to get a piece of mail that isn’t a bill.

If direct mail isn’t your thing, here are a couple of other print strategies:

While you might not have Zoom’s budget, there’s plenty of cheap and effective ways to use print. If you’re a local business owner and your social ads have seemed to hit a wall. Give traditional advertising another shot and make sure to benchmark your findings.

Zoom’s word-of-mouth rating: 5/5 (From the rooftops)

Zoom’s simple freemium strategy lands them a 5/5 on our word of mouth scale. The product naturally creates word of mouth, with users having to invite other people to even test it out, allowing Zoom to focus on brand awareness.

Zoom’s most recent valuation came in at $9.2 billion after going public in April of this year. Unlike other companies that went public earlier this year like Lyft. Who skipped building a scalable business model and hopped straight to chasing liquidity. Zoom didn’t skip a beat and figured out how to get more efficient at key processes like marketing, selling, product development, and service as it scaled.

The numbers speak for themselves, for instance, at the end of 2017, operating expense to sales was 79% and was the same at the beginning of 2019. Meanwhile, their gross margin increased from 79% to 82%.

Throughout Zoom’s explosive growth, Yuan has known when to let off the gas and tap the brakes, as he explained in an interview with SaaStr. Ultimately, they don’t want to grow too fast. Their goal is always to make their existing customers happy.

Even if you get a bunch of new customers, if they aren’t satisfied, it won’t be sustainable.