Learn how two roommates struggling to make rent, changed the hospitality industry forever. With 3 air mattresses, the promise of breakfast, and a little word of mouth. 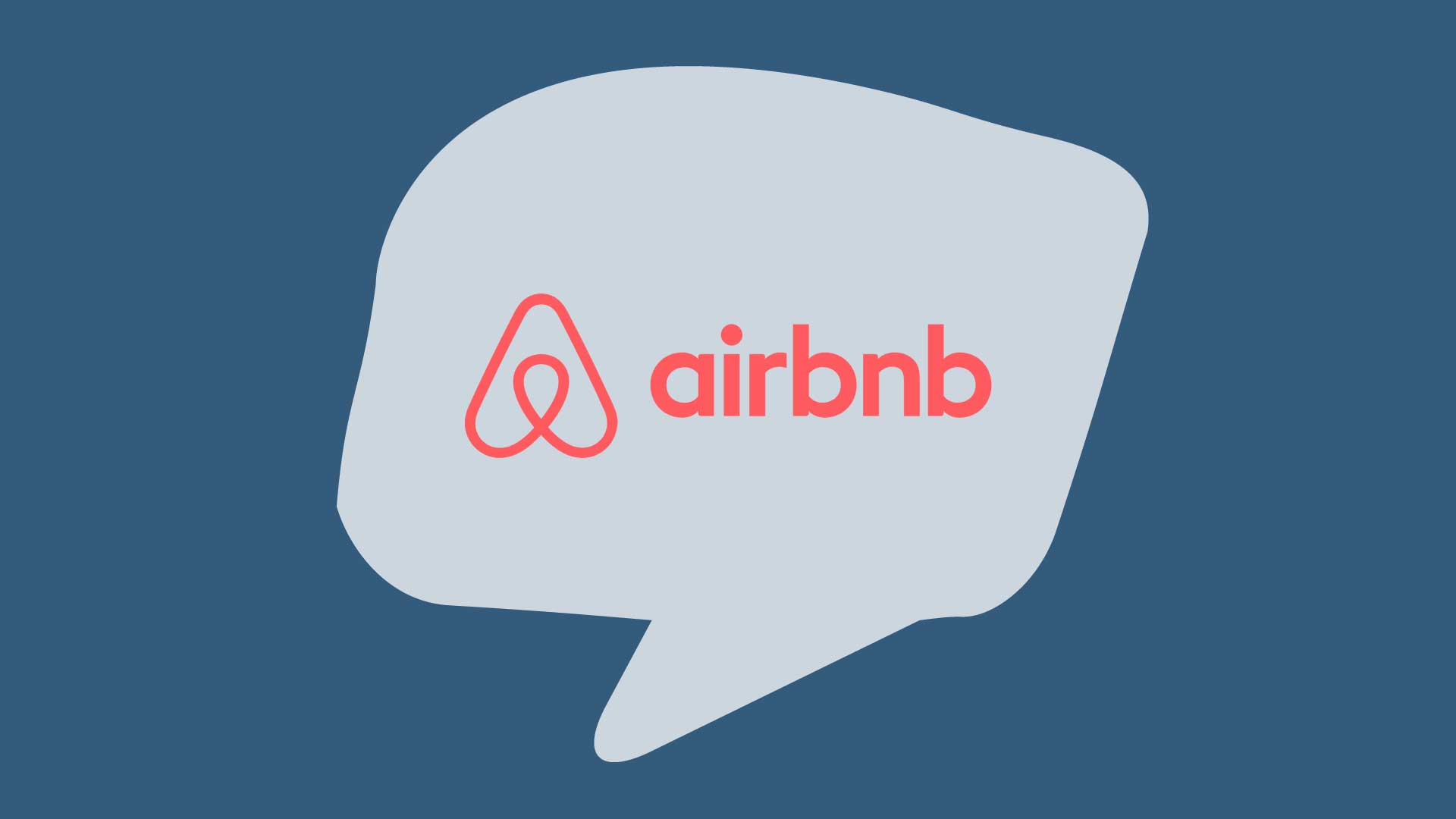 Can an air mattress, a bowl of cereal, and word of mouth really change the travel industry forever? Well, it did! Join us as we discuss how Airbnb used their product to drive their referral program and set a new standard for “refer a friend” campaigns.

What is Airbnb and what do they do?

Airbnb is a two-sided marketplace that connects hosts who want to list their property or extra space to travelers looking for a place to stay in their area.

The idea is that travelers get to stay in a local home for a more local experience. And the host gets to share their place with like-minded people while making some extra cash.

Airbnb doesn’t own any of the real estates, nor does it host events. Instead, it acts as a broker/OTA, receiving commissions for each booking.

Travelers can search for lodging using filters such as location, lodging type, dates, and price. Before booking a stay, users must provide their personal information and payment details. Airbnb offers guests the ability to chat with hosts through a secure messaging system in case they have any questions about the amenities or house rules.

Hosts can list their property for free, by creating an account and providing some basic information. Hosts can set their price per night and other details for their rental, such as the allowed number of overnight guests, house rules, home type, and amenities. Pricing is set by the host, with recommendations from Airbnb, so don’t be surprised if you see a few outrageous listings.

What people say about Airbnb

Like all products and services, Airbnb has its highs and lows.

For hosts, Airbnb is a great way to make an additional income from their property or unused space, but with the risk that guests might damage it.

For guests, it’s a relatively inexpensive alternative to hotels, but with the risk that the property might not live up to the photos or listing.

Either way that hasn’t stopped over 400 million guests from using the booking platform. But that’s not to say they haven’t had their fair share of controversy over the years. For Airbnb to work as intended, all parties must be professional and honest.

How Airbnb got started

Airbnb, formerly Airbed&Breakfast was founded in 2007 by roommates Brian Chesky and Joe Gebbia. After moving from New York to San Francisco, the two friends found themselves unemployed and struggling to pay the rent.

The pair knew a huge design conference was coming to their part of San Francisco, and it was making hotel rooms hard to come by. Seeing an opportunity for a quick buck, the duo crafted a simple site, airbedandbreakfast.com, and bought three discounted air mattresses.

A few weeks later they got their first guests, two men, and one woman. Each was paying $80 a night to sleep on an air mattress in Brain’s and Joe’s living room with the promise of breakfast in the morning.

Realizing that their idea for a quick buck might actually be a real business. They contacted their old roommate, Nathan Blecharzyk, a Havard grad in technical architecture to bring the idea to life. At first, they started working on a roommate-matching service but discovered that Roommates.com was already a thing four months into it. So the team went back to working on AirBedandBreakfast.

They launched a second time in early February of 2008, but no one really noticed. The third time was at the SXSW, but they only received two bookings. Chesky being one of them.

By the summer of 2008, the founders finished a final version of their app and started trying to raise capital. The team reached out to 15 angel investors with 8 rejecting them and 7 ignoring them altogether.

Broke, and in debt, they decided to try one last time.

With the 2008 Democratic National Convention being held in Denver. The team knew that there would be a shortage of hotel rooms and that meant people would be likely to try other options. Since the site wasn’t making any money yet the guys decided to transform ordinary cereal boxes into Cap’n McCains and Obama O’s and sold them on the street for $40 bucks a box. Each box came with a limited-edition number and information on how to use AirbedandBreakfast on the back. This bootstrap marketing strategy netted them over $30,000 to put towards AirBedandBreakfast.

The team continued to try and raise capital, reaching out to countless angel investors and VC’s, until they were finally invited to join Y Combinator. With their app already built, the team decided to invest their $20,000 from YC into traveling to NYC (their largest user base) to conduct a little market research. They quickly realized the quality of the photos for their listings played a significant role in users’ purchasing decision. So they bought a camera and went door to door taking high-quality pictures of each listing while also writing thoughtful reviews.

In March of 2009, the company rebranded and took the much simpler name of Airbnb. A month later, Airbnb finally received their first seed investment of $600,000 from Sequoia Capital.

Chesky described the moment as going from only eating cereal to “ramen-profitable.” Around this time is when their growth really started to take off.

In November 2010, they raised 7.2 million in financing from Greylock Partners and then shortly after a Series A round from Sequoia Capital, again. Announcing that out of their 700,000 nights booked, 80% of them have happened in the past six months.

All thanks to a little word of mouth.

How Airbnb grows through word of mouth with Product

No matter how amazing your product or service is, people are always worried about being an early adopter, especially with something as controversial as Airbnb.

When Airbnb was launched, they were met with a ton of concerns from travelers and hosts alike wondering if they could really trust a stranger. No matter how sleek their UX was or streamlined their booking process became, they couldn’t get customers to take that leap of faith.

To combat this pain point, they turned to their past customers. Building a refer-a-friend program that gave experienced customers a soapbox to preach on. Offering advocates $25 and their referrals $25 in travel credit when they book a stay and $75 if they list their property (though these numbers fluctuate often as the program is often updated).

Airbnb’s first attempt at the double-sided reward system wasn’t a huge success, but after reviewing the data. They saw that it had a positive impact and might be able to be leveraged more effectively.

After talking to some other well-known brands about referral programs, Airbnb discovered that a whopping 30-55% of new user growth could be generated through various referral channels. Taking a look at their existing referral infrastructure, it became clear that it was in dire need of an update.

To gauge the effectiveness of their past campaign. Airbnb looked at several different KPIs and how each affects the referral program overall. Some of these KPIs included:

When Airbnb decided to start building their new referral program, they made a choice to focus on making it as easy as possible for users to send invites to their friends. In addition to providing a unique shareable link that users could post anywhere.  Airbnb created a system to import contacts from a user’s Gmail and send a personalized invitation to each contact. (Which was a pretty big deal at the time) Once the user had imported their contact list and initiated an invite, Airbnb sent a personalized email to the invitee’s inbox.

One of the most important design features they tested was including a photo of the sender. It not only looked cool, but it helped to show social proof and build trust with potential new users. They even started A/B testing their call to actions, to identify the key motivator in getting people to send invites. One email copy was geared more towards self-interest, with the other being more altruistic.

The altruistic copy outperformed the self-interest copy hands down and provided the team with valuable insights and an excellent lesson for anyone interested in starting a referral program. You never want your advocates to feel like they are selling something to their friends. Instead, you want them to feel like they are sending a gift.

This simple referral program gave Airbnb the social proof they needed to break down the social stigma of staying in a stranger’s home. After all, your friend did it, and they loved it.

While their referral program provided the social proof, they needed to generate early adopters. The real driving force in Airbnb’s success is their overall product. An original idea and unique experience put Airbnb at the top of a class all their own in the hospitality industry.

Airbnb word-of-mouth rating: 5/5 (From the rooftops)

By October 2013, Airbnb had served over nine million guests since its founding in August of 2008 and had added nearly 250,000 properties in the past six months alone.

To date, Airbnb now has over two million listings in over 190 countries and 34,000 cities. On an average night, Airbnb will host close to three million guests.

The travel juggernaut is currently estimated to be worth 25.5 billion, based on their last round of funding of 1.5 billion.

Airbnb has changed the hospitality industry forever. Adding more rooms than any hotel chain could dream of over the past decade, providing users a cheap alternative and unique experience to hotels around the world.

Airbnb continues to leverage referrals to grow, and have even launched a similar incentive program for Airbnb hosts. After all, you know your company has made it when people start to use your name as a verb.

So if you’re looking for a place to stay, some additional income, or a great example of a well-executed referral program, Airbnb it.